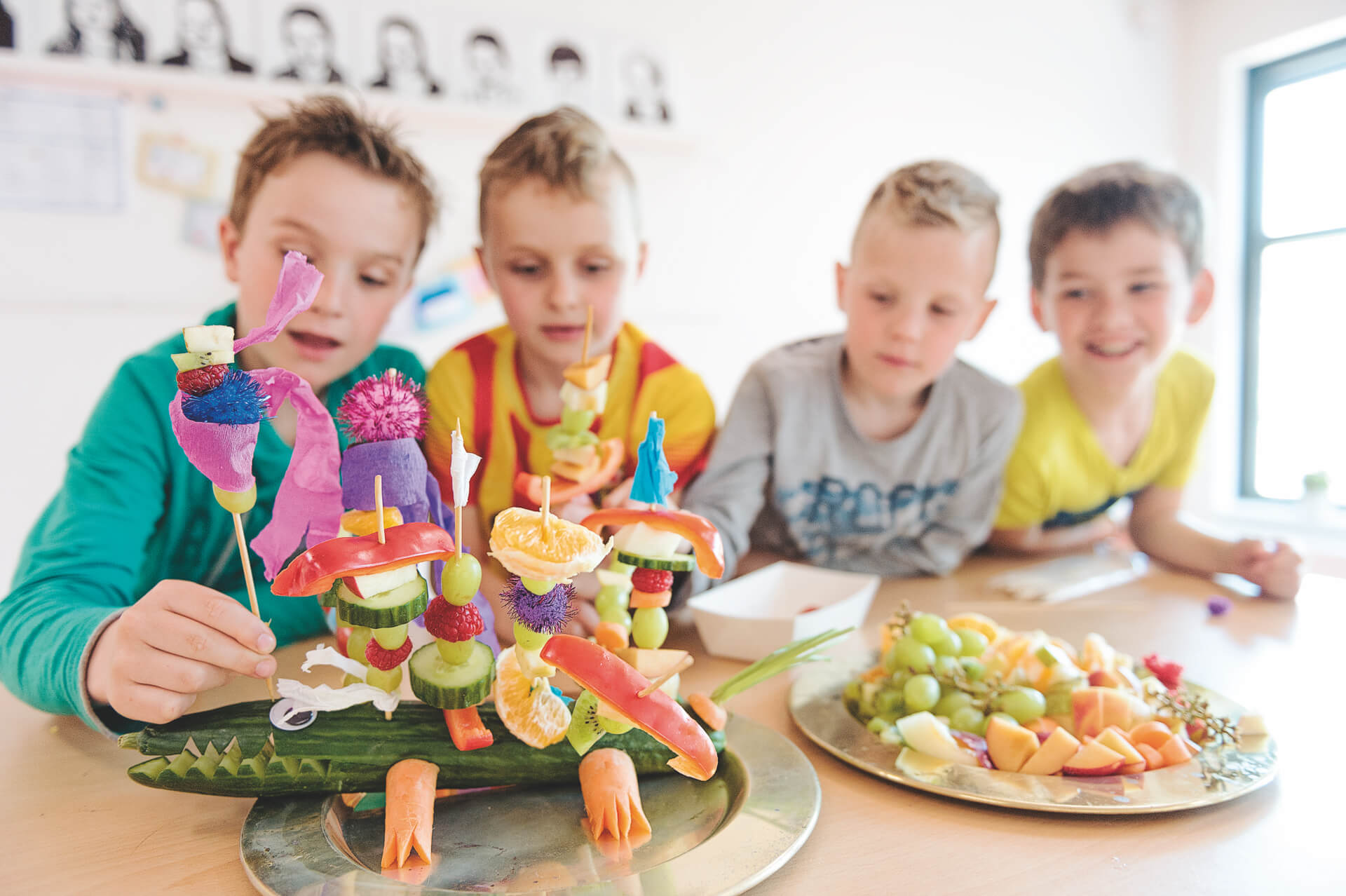 Stoere Traktaties (Cool Treats), the initiative of the Aartsen Kids Foundation (AKF), is going extremely well. There was room for 30 classes from the Breda region and the foundation received these applications in no time at all. As a result of this success, AKF has started examining the possibilities for expanding the initiative to include children in groups seven and eight (ages 10–12). To prepare them for the ‘big wide world’, secondary school.

Sophie: ‘During my first work placement at AKF, I made sure that Stoere Traktaties had a solid foundation. For example, I fine-tuned the workbook for the children. As our graduation project, Floor and I are now examining how we could also give children in groups seven and eight a positive boost in terms of healthy eating habits.’

Floor: ‘Sophie was always so enthusiastic about Stoere Traktaties that I also developed an interest in the AKF’s initiatives. As a result, I became enthusiastic too and now I am also doing a work placement at AKF. Sophie and I form an ideal team as she has chosen to specialise in health promotion. I chose to focus on product development, so we have synergy going.’

Sophie: ‘In order to establish the best way to develop Stoere Traktaties for groups seven and eight, we are first examining the kinds of things children are interested in. What drives them?’

Floor: ‘We are using existing literature to find this out. We also want to hold brainstorming sessions with as many children in this age group as possible. We prompt them as little as possible during these sessions, to make sure that the children can come up with their own ideas. This really brings out their creative side.’

Sophie: ‘We don’t just want to do this with a single group of children, but with children from different neighbourhoods and different schools in the Breda region.’

Floor: ‘Yes, for example we are curious to find out what they know about fruit and vegetables.’ Sophie: ‘It’s also very interesting to talk to people who have a connection with these children, such as teachers, head teachers and education advisers.’

An experience for groups seven and eight

Floor: ‘The ultimate aim of our research is to advise AKF on the best ways for the foundation to develop an experience for children in groups seven and eight. On the basis of our research, we hope to find out where these children’s interests lie and which interests can be used to encourage them to make a conscious choice. This will allow them to make their own well-considered choices in the canteen at secondary school.’

Sophie: ‘We expect to present the results of our research at the end of June.’

Curious about the results of Sophie and Floor’s research? You can read all about it in the next Refresh!

Floor and Sophie Bruijns, students Nutrition and Dietetics at Amsterdam University of Applied Sciences and trainees at the Aartsen Kids Foundation.

Stoere Traktaties is the tastiest educational package for children in groups four and five (ages 7 and 8) at primary schools in the Breda region. By means of this experience, the Aartsen Kids Foundation (AKF) is giving primary schools the opportunity to teach children about fruit and vegetables through play. Not only do the participating classes receive a large, cool chest full of stories, taste experiences and games, the children are also introduced to ‘t Fruitzooitje, the Fruit Gang. These are six characters who were thought up by the AKF. The adventures of the Fruit Gang tie in seamlessly with the five lesson modules.