On track for the next phase 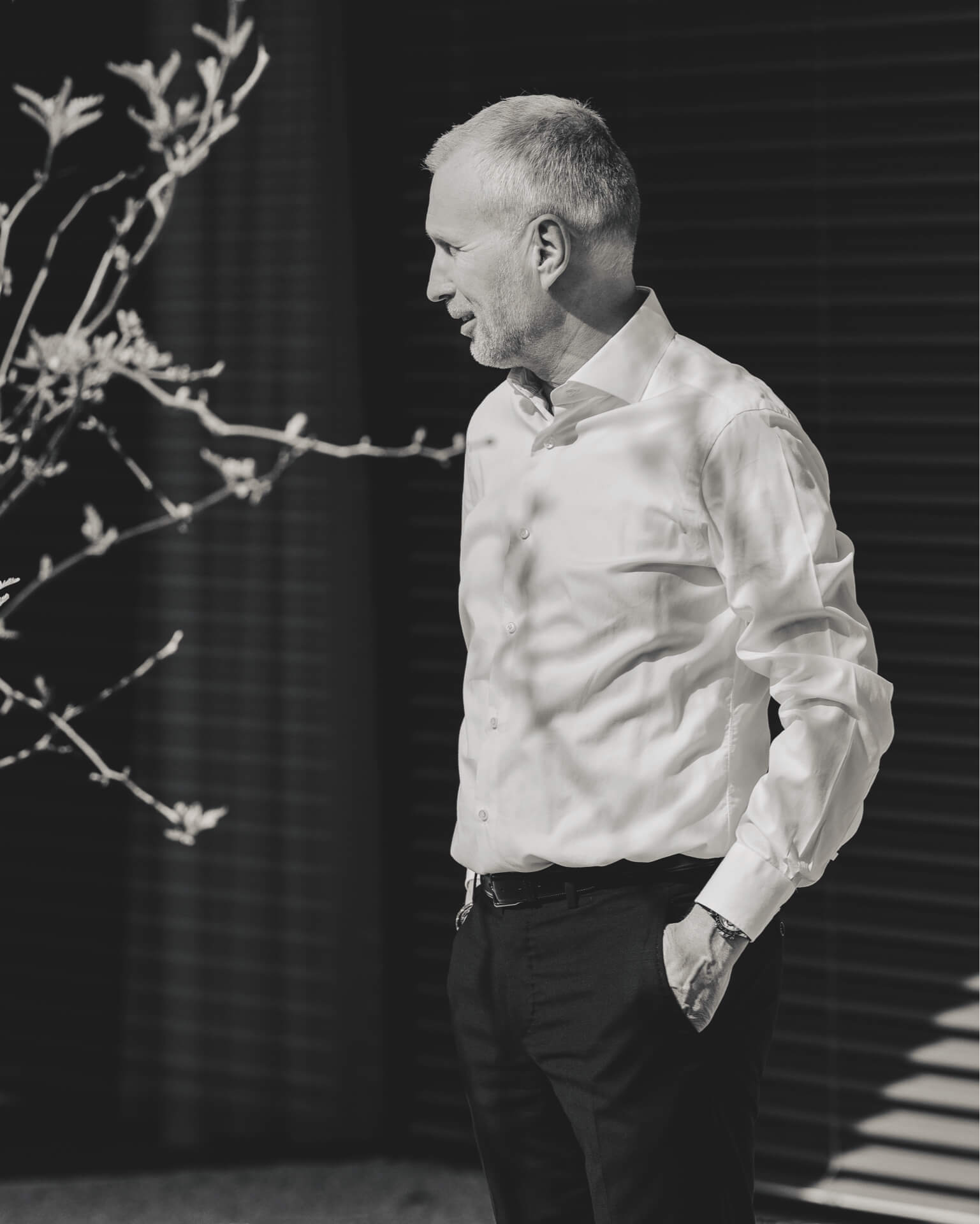 Jack Aartsen on the new name, the head office, solidarity and the future

There are plenty of good reasons for sitting down with Jack Aartsen at the impressive wooden table in his office. Firstly, there is his company’s name change: as of today, it is Aartsen. Secondly, the official opening of the new head office takes place today. Both of these developments help to strengthen the sense of family and solidarity. Jack Aartsen talks about these developments through the lens of four issues.

‘The name change is something I have been thinking about for years. That is because the name aartsenfruit does not really cover what we do – it only tells part of the story. If you take a look at the Benelux and our circle of clients, it is obvious that we are aartsenfruit, because we have a good reputation and an established position in the sector. But in recent years, when travelling in the rest of the world, I have regularly experienced that our name raises questions, especially when I am telling someone about our company for the first time. If I am talking to a fruit producer, then it is fine, no problems or questions. But if I am telling my story about aartsenfruit to a vegetable grower, then I frequently get asked why I am interested in his products. After all, what does a company with “fruit” in its name have to do with vegetables?’

‘For some years now, I have known that the name did not match the content, but I did not feel an immediate need to change it. When we started our nonstopfresh campaign in 2016, my marketing people told me that our company name actually was not correct. In a way, they planted the seed of change back then. Since that moment, I have really given it a lot of thought, but a name change is not something you do on the fly, since it involves so much.’

‘Now that the new head office is ready, I have taken the leap and chosen a new name. It is a good moment for a change. To make sure we do this properly, we are giving ourselves a year to transform aartsenfruit into Aartsen. We are changing all the external marketing material straight away, but in practical terms it is difficult to replace every pen, doormat and sticker. And besides, it is no longer socially acceptable to chuck something in the bin if it has not been used up or still works well.’

‘Like I said, the most important reason for the change was the confusion about the fruit/vegetables issue. But there is something else too. In 2002 we became a true family business again, and with the name change we underline the sense of

‘We were and are a growing organisation, and at a certain moment you start running out of space. We are not running out of ambition, though, so in early 2016 we sat down with the architects to make plans for a new head office. We quickly realized that the existing office building was still largely suitable for 2016, even though it was designed in 2004 and built in 2006. That is a real compliment to the team back then.’ ‘Working on the basis of what we already had, we have now developed a 2.0 version. As always, we asked ourselves what needed to be improved. We developed and realized the new building based on the answers to this question. We have changed quite a bit in terms of technology and air conditioning and we have also looked ahead as regards style and appearance. Nevertheless, it is great that we are opening a head office with the same kind of look and mostly the same choice of materials. In 2006, the office was built in a way that permitted expansion, but I could not have imagined back then that in 2019 we had be quadrupling our floor area.’

‘Over the past three years, we have experienced Aartsen’s biggest period of growth. So much has happened for us in this time. The company is developing at a rapid pace, not only in commercial terms, but also with new and growing departments such as IT. That requires space. It does not need to be the most beautiful, expensive or luxurious office. You will not find any gold taps here, which I do not even like actually, but we do have a special quality. When you see the final result, I believe you will agree that we have a wonderful contemporary and distinctive office building within our sector. I am really happy with it and I hope and believe that my people will love to work there.’

The sense of family

‘In the new building, departments are physically much closer together than in the old situation. All the departments work together in the modern section of the head office. Everyone works in the same space, shares the same coffee pantry and uses the same lunch space. This strengthens collaboration and solidarity between the commercial, administration, IT and marketing & communication departments, thus achieving one goal of the new building.’

‘Moreover, I hope that the name change contributes to the sense of family, even if just by 1%. Aartsen’s success depends on the quality of the people who work for us. We employ truly fan-tas-tic people, and their number is growing all the time. One disadvantage of growth is that the sense of solidarity decreases and there is a risk that the atmosphere will become more impersonal. Increasing our size is a tricky issue, I feel, because it also brings some things I do not like so much.’

‘You see, I want to make sure that we retain a culture of collaboration, that we are all in this together. All the management staff do their utmost to strengthen the team feeling, the culture and the solidarity. Aartsen is no place for loners, we always look for team players. That is our quality. If the name change and the sense of family that goes along with it help to promote the sense of solidarity, then in my view it is mission accomplished. Time will tell.’

To be honest, I am curious about how many people expected us to announce something historic today. Many people may have thought it would involve me. I have absolutely no desire to retire – perish the thought. However, in order to focus my energies on other issues and to give people the chance to progress in their careers and take on more responsibilities, I withdrew from day-to-day commercial activities at the age of fifty. This has made us stronger as an organisation.’

‘Looking to the future, I can say that I never want to become that old guy at Aartsen who keeps interfering with everything and everyone. The previous generation did not do that either and so created opportunities for new talent and new qualities and abilities at Aartsen. I need to find the right balance here. However, what is certain, is that Aartsen is not for sale and that I want to guide the company into a new phase. The long-term future – that will be my challenge for the coming years.’

Aartsen is no place for loners, we always look for team players.

That is our quality.