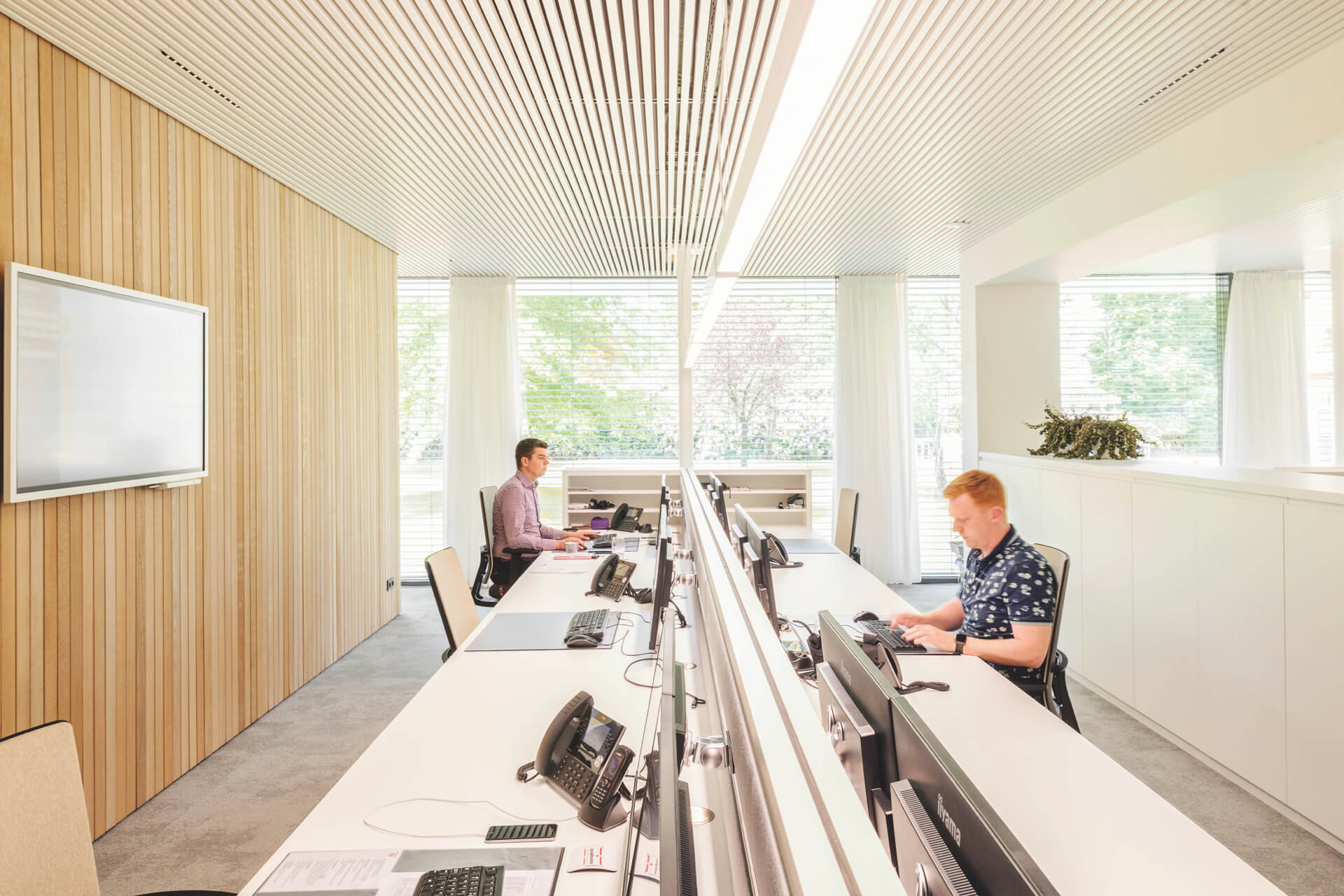 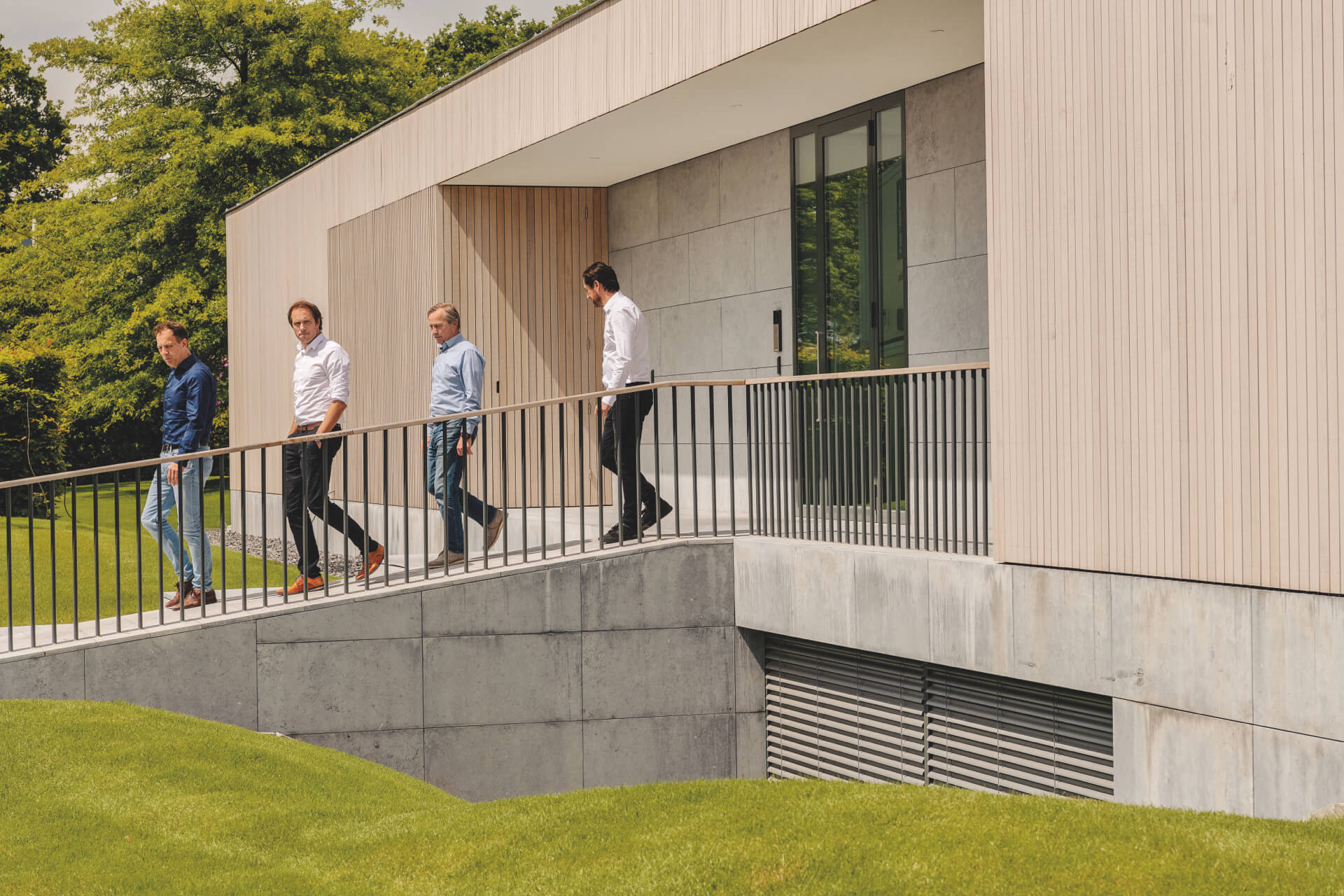 Tour at the new Aartsen headquarters

The time has come for the opening of the new headquarters in Breda. But what makes the new office so special? To get the full story, we joined Aartsen’s operational manager Frank van der Velden, architects Paul Grosfeld and Jaap Bekkers (who are partners at the firm Grosfeld Bekkers Van der Velde Architecten) and interior architect Jan Geysen from PUUR architects on a tour at the stunning new building, both inside and out.

Jaap: ‘We gladly subscribed to the longstanding concept of having a pavilion alongside the original farm with a subtle and scenic feel. That principle has been upheld.’ Jan added: ‘The pavilion – the office – clearly has a formal, international and businesslike character. By contrast, the farm has an informal character.’ ‘It is very important that the ideas which the architects develop can actually be implemented’, said Frank. ‘To this end, we involved the contractors in the project from the start. By doing so, the construction partners were able to come up with practical, suitable and affordable alternatives for certain components, among other things.’

According to Jan, Aartsen is always searching for quality. ‘Not only with respect to the company’s products, but also in terms of this project. They gave us the opportunity to forge an excellent working relationship with everyone involved in this project.’ The partners’ involvement was very intensive, which went extremely far in certain respects. Frank: ‘We built an entire ceiling fitted with all of the components for air conditioning, refrigeration, lighting, sound and fire detection in a site hut. The aim was to determine whether our wishes were technically feasible and whether it was visually what we had in mind.’ Jaap added: ‘It is quality without going overboard. We believe that it is important for employees and visitors to experience the tranquillity which we aspire.’ 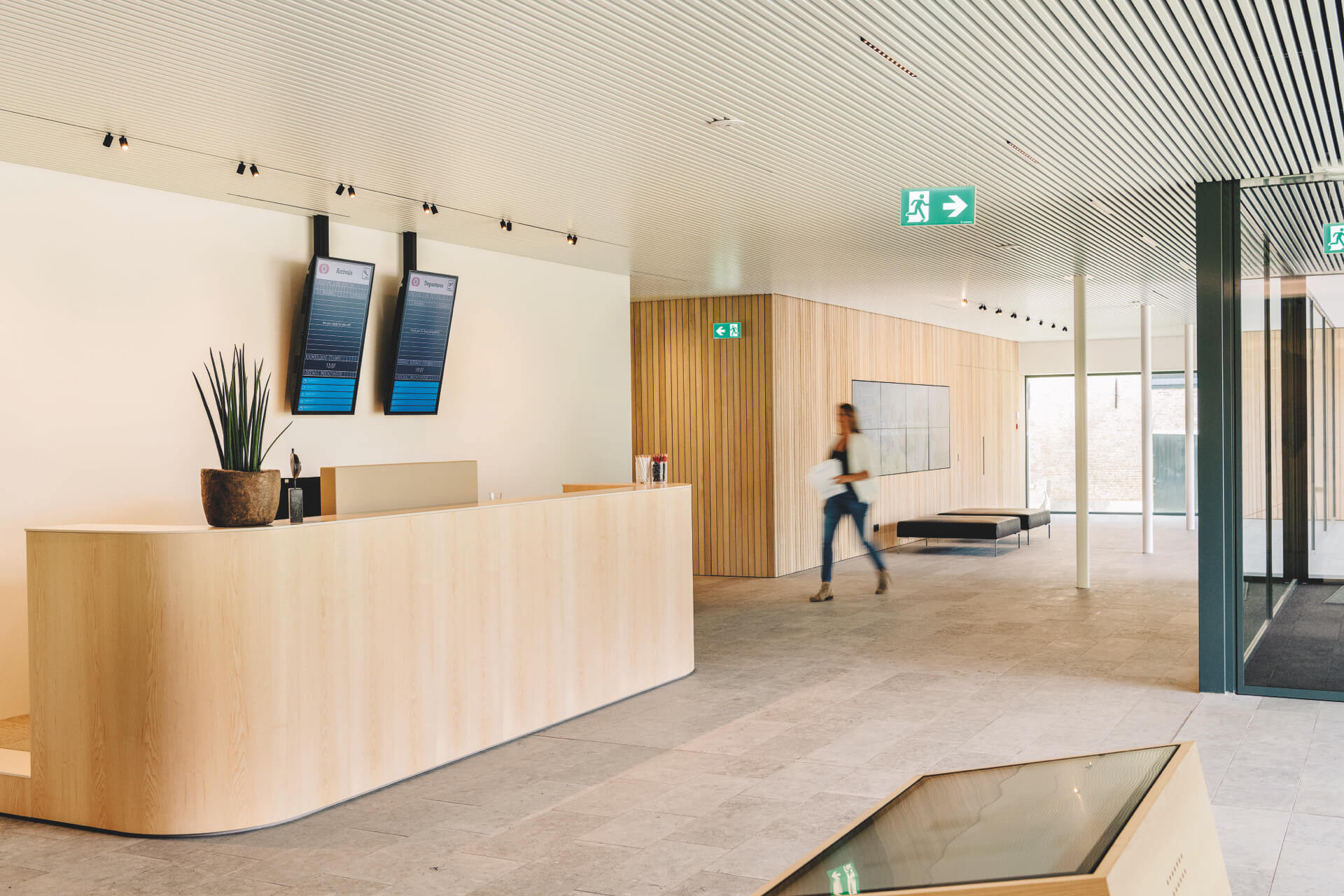 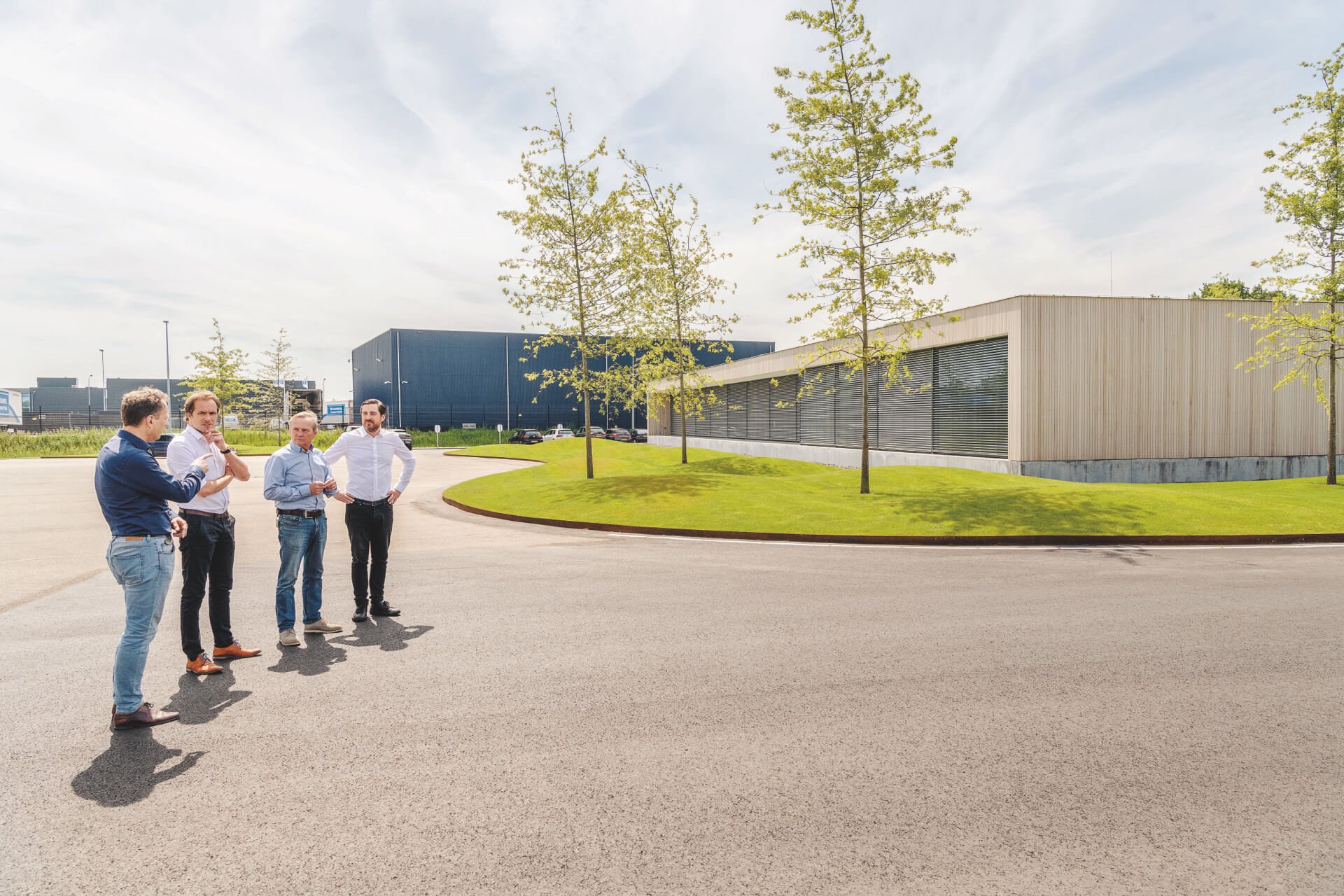 Jaap: ‘What you cannot see but do experience, is the incredible peace and quiet that the building exudes.’

Jan: ‘The farm is more authentic than the pavilion. Using the characteristic connection of a glass corridor creates a larger contrast between the farm and the office. It is the tangible connection between old and new.’

Jaap: ‘To me, the effect of the patio exceeds expectations. The interplay of interior and exterior as well as light and air in the heart of the building creates a lot of quality.’

Jan: ‘The farm will serve multiple purposes. First and foremost, it will be where the employees have lunch. It can also be used for presentations. In addition, it is equipped with a nice kitchen. Aartsen Kids Foundation will have its own space on the mezzanine, which is a kind of in-between floor. What used to be the living room, and later on the canteen, will once again be a living room for receiving guests.’

Frank: ‘We had a professional kitchen installed in the farmhouse, so now there is the option of having a caterer prepare dinners on site for our guests. That way, we can simply stay in our own surroundings.’

Jaap: ‘When you walk around the building, the high-quality appearance of the pavilion is striking. Tranquillity, clarity, beautiful recesses, simplicity, modernity with an appealing entrance. When you use the main entrance, you experience the outdoors and indoors becoming one.’

Jaap: ‘We went really far. Take the sunblinds, for example. We puzzled over this element until the sunblinds’ guiding mechanisms could be cantilevered and precisely aligned with the seal joints of the glass.’

Jan: ‘Something that you do not see at first are the ultracomfortable climate ceilings. All of the technology, including ventilation grilles, have been incorporated into the joints; the ceiling does not touch the edges anywhere and we had the lighting custom-designed. The essence of the space is emphasised, without the technical elements creating a distraction.’

Frank: ‘We wanted to keep the dome ceiling as clean as possible. Consequently, all of the technology is incorporated in or concealed above the ceiling.’

Jan: ‘We extended the cladding to the inside. The plinth around the building is made of freestone, which gives it a strong character of its own, and we extended that to the inside as well. This solution creates one whole.’

Jaap: ‘The details are incredibly important. If you do not seek out that level, you will never experience the peace and serenity that you will experience now. Absolutely everything was considered fully. Each detail is there for a reason.’

Jaap: ‘We wanted vertical lines only in the zinc roof of the patio. In addition, we wanted the overflows to be invisible. While that took a lot of effort, it is all about refinement.’

Frank: ‘Many details in the building remained unknown until late in the process, which makes it difficult for a contractor to anticipate effectively, but it all worked out in the end.’

Jan: ‘We are always trying to imagine how people will move around the office. We ponder this issue together, to the extent that we even discuss at great lengths the direction in which doors open and the location of the copier.’

Frank: ‘Although we already had beautiful desks, there were all these cables criss-crossing underneath them, which is messy. In the new headquarters, we can easily reach everything, without cables being visible.’

Jaap: ‘Things do not just happen out of the blue. It takes thought processes and consultations to arrive at something good. You often gain new insights during the process as well. As a team, you have to be open to that approach.’ 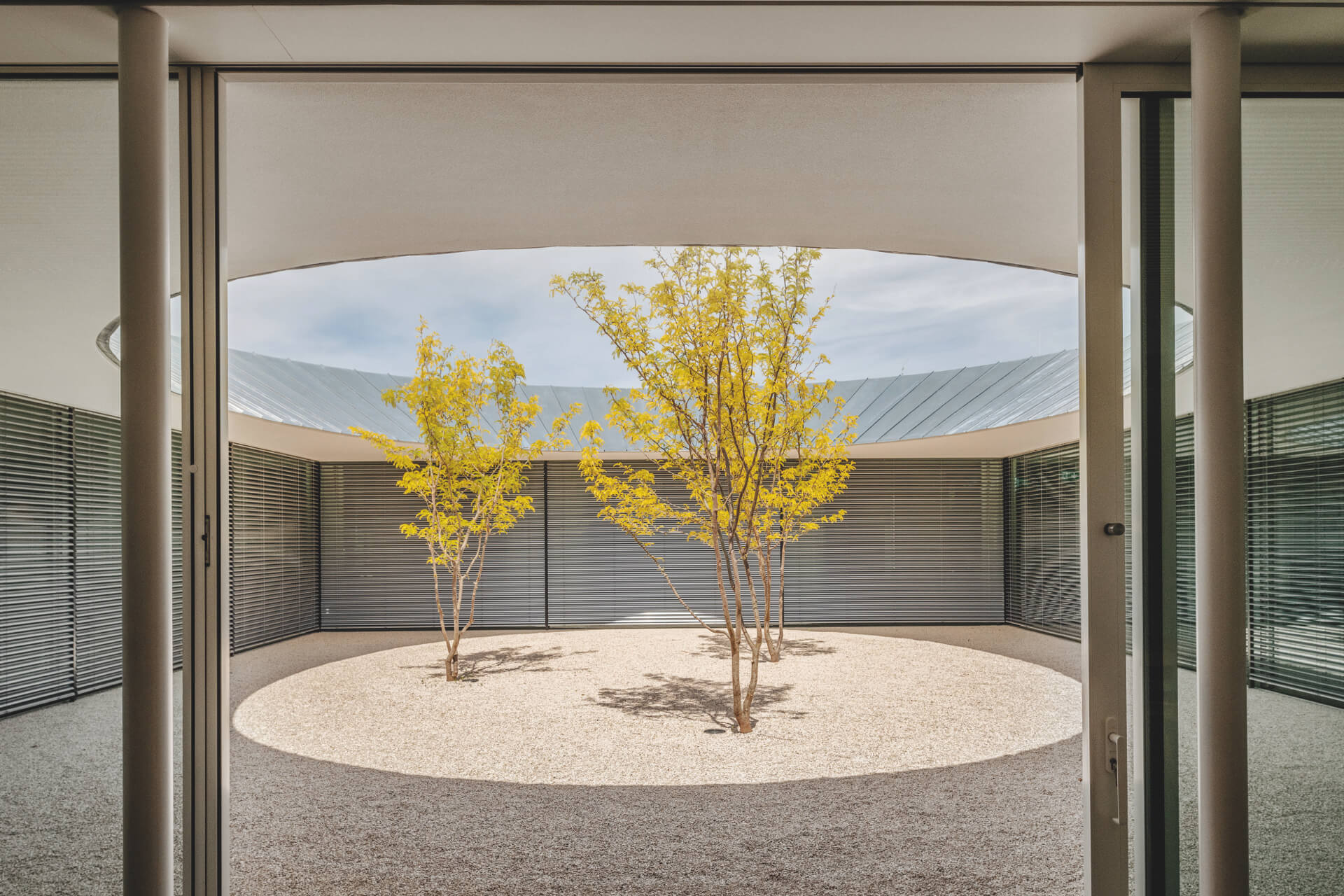 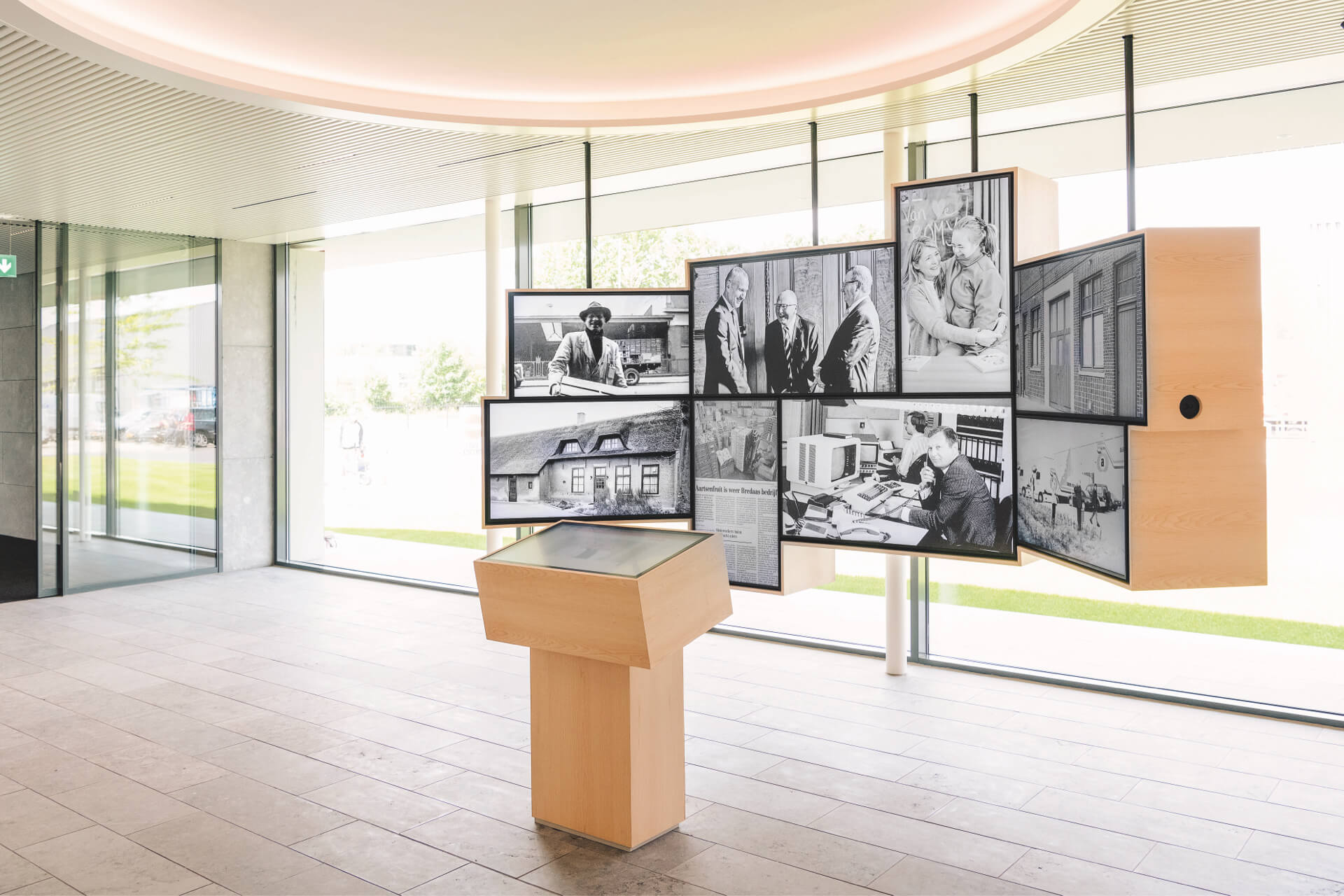