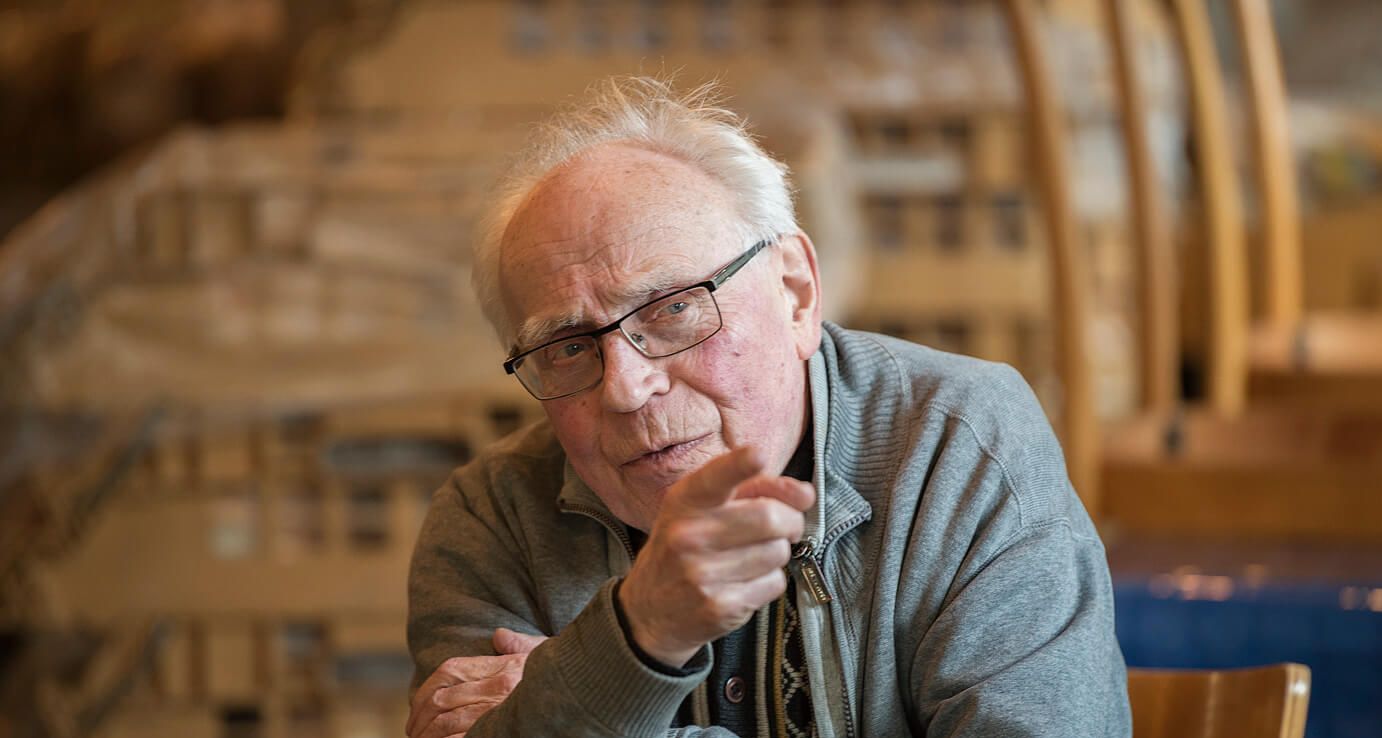 Cooking up a change: ‘Breadfather’ Gerrit Poels feeds the hungry

The ‘Cooking up a change’ column is all about food. This time is no exception, but we are giving it a special meaning. Imagine that you have little or no money for food. This even occurs in prosperous countries like the Netherlands. So what do you do? This edition of ‘Cooking up a change’ focuses on a man who cares about the plight of outsiders and provides them with much-needed help.

Below the poverty line

After a worldwide economic crisis, the global economy is picking up again. Wages are rising, unemployment is falling and global trade is increasing. However, these figures are always averages, and there are people everywhere who are not benefiting from this growth and progress. All over the world there are outsiders, misfits and have-nots, as Gerrit Poels calls them. In Tilburg, which has over 200,000 inhabitants, around 15,000 people live at or below the poverty line. Some of these people can turn to the foundation of former priest Mr Poels for daily bread and other support. In his city, he is known as the Breadfather.

Mr Poels is 88 years old, but still very involved. He puts all the time and energy he has into the people who need him so much. Nonstopfresh magazine was a guest at the Broodnodig (‘Bread for the needy’) foundation in Poels Pollepel at the edge of Tilburg’s city centre, where we saw Mr Poels’s impact with our own eyes. We spoke with him and his daughter Hülya Poels about the foundation, motivating factors and the future. Hülya is energetic and thoughtful, while her father is calmer and speaks about his charges with great compassion.

Gerrit Poels was born in 1929 in a small village near Nijmegen. As a twelve-year-old boy, he entered a monastery in Tilburg. He felt out of place, until he started working with people from and on the streets and was able to give meaning to their lives. He left the monastery in 1969 – or rather, as Mr Poels puts it, he did not leave, but move on. Mr Poels felt that the developments within the church were moving too slowly. After his departure, he began providing accommodation and support for people who needed help in all sorts of areas. The misconception arose that he was running a shelter. People were even brought in by the police and other agencies. It seemed inevitable that his initiative would develop into a full-fledged shelter for homeless people: Huize Poels. In those years, Mr Poels also established La Poubelle (daytime activities), the Pollepel (hot meals service), the Blut foundation (budget management) and Begeleid Wonen (assisted living).

The frameworks and laws and regulations surrounding shelters have always been a thorn in Mr Poels’s side. These are often at the expense of people (and their well-being). Mr Poels is also averse to hierarchy. Nevertheless, regulations and hierarchy are in fact increasingly important in care provision. On the exact day (in 1990) that he had gathered together a team around him that could implement the frameworks as drawn up by the government, he stopped working at Huize Poels. Not because he did not want to do the work any more, but because he could not identify with the frameworks for subsidisation. Hence a memorable statement by Mr Poels: ‘I’m not a caregiver, I’m a helper.’

From then on, Mr Poels focused on the aftercare of the people who left the shelter. That is where his heart lay and still lies today. During all those meetings and conversations at the kitchen table, he noticed that many people would end up facing problems again. He listened to them and helped them look for work, find daytime activities, apply for social housing, etc. They often lacked food on the table as well. A neighbourhood baker gave Mr Poels the unsold bread from his shop, and he took this bread with him during home visits. Mr Poels’s motto: ‘First nourish, then nurture.’ Within a few years, Mr Poels was visiting the homes of 400 to 500 families. The influx was huge, and Mr Poels decided to start delivering the bread. He did this at night on his bicycle for privacy reasons, making it less obvious that these people could not afford bread.

Night after night, Mr Poels cycled his usual route around Tilburg. This earned him the nickname ‘Breadfather’. Each night at 1:00 a.m., he mounted his bicycle and kept going until the sun came up, and sometimes even longer, come rain or shine. The demand was so great that it became impossible to reach everyone each night by bicycle. Around 1999, he decided to give people the opportunity to come and pick up bread at his own house as well. The product range grew to include other food products, clothing, toys and books. Mr Poels received support and resources from various parties. This is how the first food bank in the Netherlands was born.

Things became busier and busier at home for Gerrit and Angelique Poels. His wife Angelique has always remained in the background, but she is his help and stay. Age is also catching up with Mr Poels. His sight has declined in recent years, making it dangerous for him to cycle his route at night. It was time for another solution. After a great deal of back and forth, the municipality of Tilburg made the former De Pollepel building available to the already established Broodnodig foundation. Since 2017, people can go to Poels Pollepel six days a week for a wide range of food products and other assistance. A group of dedicated volunteers, together with Mr Poels, ensures all guests receive a warm welcome, attention and bread.

Hülya Poels has been coordinator of the Broodnodig foundation since 2013, continuing her father’s work. That is a wish of his, which she carries out with enthusiasm and conviction. The foundation’s aim is to provide people with daily bread to the best of its ability. Those in need of help hear through the grapevine that they can go to Broodnodig, but official agencies also direct people there. The outflow is much smaller than the inflow. Many people never make it out of their situation and must rely on the foundation during different periods in their lives or even permanently. Today, they provide roughly 100 to 150 bread packages per day, supplemented with other products.

It is rewarding work, according to Mr Poels, because you are able to help other people. He considers it special that he has been given the opportunity to do so. You can see that the people who visit Poels Pollepel appreciate what happens there. Ideally, they would like to see Mr Poels every day, say something to him or just make a joke.

Mr Poels is incredibly approachable and open, and has a gentle aura. His ‘charges’ will always be offered a listening ear. He still holds kitchen table talks to ease people’s burdens. In his own words: ‘I want to do what’s possible, not what’s impossible.’